Why Fitness Trackers Are Not a Fad

Most companies are taking advantage of smaller, cheaper electronics and trying to be first to market with a pedometer to gain market share and brand recognition for wearables. However, a fancy pedometer is just a novelty and just the beginning. Fitness tracking will only increase as the technology becomes more invisible and engaging.

Apple and Google are producing wearables now, and their wearables will benefit from their platform and their 3rd party developers. I would expect more developers to start considering wearable device functionality in their mobile applications. As this starts to happen, the appeal of wearables should grow. The current problem is that Fitbits, for example, don't have thousands of independent developers creating new experiences on the device; there is just the one app and only a handful of ways to see the data. This that's why people grow tired of their pure, modern-day fitness trackers in weeks or months.

I would continue to use my Fitbit if it connected easily to thousands of other apps that used my walking data in novel ways to make exercise more fun or just to give me more perspective on my current data. Companies like, Fitbit, Jawbone, Garmin, Withings and other 'fancy pedometer' manufacturers had better open up to 3rd party developers or risk being pushed aside by the Googles and the Apples of the world. 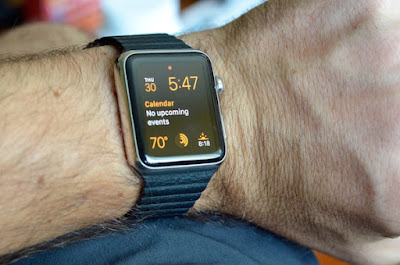